4/18/2014
By now, most people have heard of the legendary "Flight 19".  A navigational training flight, made up of 5 U.S. Navy TBM Avengers, that left Naval Air Station Ft. Lauderdale on December 5, 1945. The flight became lost, radio contact ceased and it disappeared over the Atlantic ocean without a trace, thus becoming the cornerstone of the Bermuda Triangle myth.

In November 2013, Andy Marocco and Jon Myhre, Flight 19 investigators, began putting a new theory together based on evidence that indicated a TBM Avenger found in the Everglades 25 years ago might in fact be that of  Charles Taylor's, the flight leader of  Flight 19.

But instead, hard facts have determined that it was flown by Ens. Ralph N. Wachob, 26, of Fort Lauderdale, a Naval Reserve officer, who developed a case of vertigo during a navigational exercise.

He crashed in far western Broward County and was killed on March 16, 1947 – 15 months after Flight 19 vanished.

“We have positively identified the "unknown" Everglades Avenger, thus solving a decades-old mystery ” said Andy Marocco, who cracked the case. “It just wasn’t the Avenger we were hoping for.”

After the Sun Sentinel ran a story about their theory, Minerva Bloom of the Naval Air Station Fort Lauderdale Museum sent Marocco several photos of the 1989 wreckage that was still left over from the TBM-3 Avenger.

Marocco became focused on a specific photo of a "NAS Norfolk Surface Change Record".  A number imprinted on the metal tag read 53118. He figured it probably wasn't  anything since experts saw it back in 1989, but none the less, he entered it into a online database of TBM Avenger records.  No match came back, however he did notice that the next consecutive Bureau Number (BuNo: 53119) did come up as a TBM-3 model.  Using the next logical step in deductive reasoning, he wondered if the the “Surface Number" had been a mislabeled Bureau Number (BuNo). Hence, the reason and missed opportunity as to the why the experts for the past 25 years, couldn't identify the plane.

With his hunch, he was then able to find an Aircraft History Card for BuNo: 53118. This card revealed that the plane was at one time at Naval Air Station Norfolk, (just like the metal tag read) and that it's last known base of operation was NAS Miami where it was “STRICKEN” from the Navy inventory on March 31, 1947.

Using this date, he was the able to back track through Aircraft Accident Reports to the date of March 16, 1947. There it was!
Air Craft Accident Report for BuNo: 53118.  This report verified that the TBM-3 Avenger  BuNo: 53118 crashed in the Everglades and that it's pilot, Ralph Wachob, not Charles Taylor, was the single occupant of the plane.﻿
﻿﻿Wachob, the pilot of the doomed plane, was flying on a navigational training flight from Miami to Tampa with two other planes, when they encountered overcast skies and heavy rain. He lost sight of the flight leader, got disoriented and crashed. The other two planes returned back to base.

A day after the accident, Navy officials recovered Wachob’s body, investigated the accident and left the wreckage there in the remote Everglades.

Forty-two years later, in May 1989, the wreckage of his plane revealed it's self once again, when Bob Lester, a Broward Sheriff’s helicopter pilot, spotted it, flying over the 'glades after a brush fire burned down the tall saw grass. Thus, starting a 25 year quest to identify this mystery plane.

So in the end, the US Navy in fact had at one time known the true identity of the TBM Avenger. But, as time progressed and decades passed, this knowledge was lost and forgotten. That is.... until it was discovered and identified again. MYSTERY SOLVED!﻿﻿ 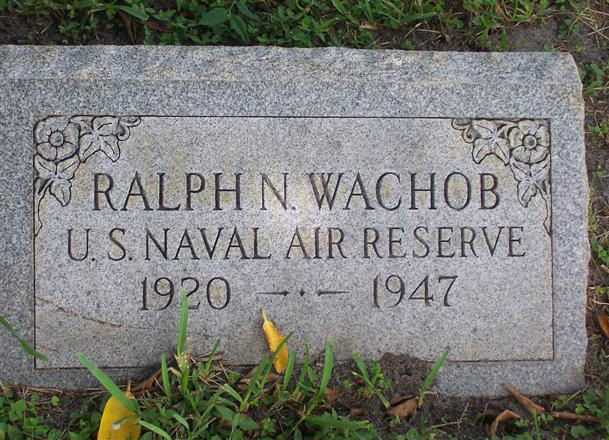 ﻿Special THANKS to the AEROQUEST TEAM﻿

I want to thank you all for your time in helping me on this quest. Many of you have spent countless hours on the computer researching and on the phone discussing events, ideas and theories with me. Some of you made contacts and called people and the media. Others did the physical work of scanning photos, looking at Google Earth, taking pictures and tracking through the Everglades. As you can see the effort wasn't just mine, it was ours.  Thank you!